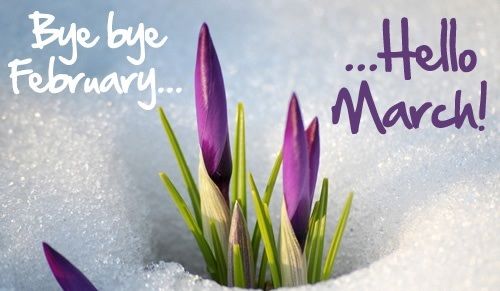 Hello, friends!  I really haven't fallen off of the face of the earth.  This week has been really busy.  Last Friday I went to see my gastroentrologist.  I have to have another procedure done.  This time in May.  I'm not looking forward to it.

Then on Tuesday, I started having esophogeal spasms.  It feels as if you're about to have a heart attack.  Not good at all.  I had to have a blood test done, so went to that.  There was no doctor at the office, just the medical assistant.  She took my pulse and said everything seemed OK with the heart but I should go to the Emergency Room.  I thought about it for awhile, but the spasms weren't stopping.  It had been several hours by now, so I went to the hospital.  I ended up sitting in the Emergency Room for over 2 hours.  During that time, I had called my doctor and his office returned my call because he wasn't in that day.  His assistant was going to leave a message for him to call me.  While I'm sitting there waiting, several people are going up to the front desk and screaming that the service there was no good and they were leaving.  Some people had been waiting for over four hours.  I waited another hour and no one was taken in to be seen by a doctor.  So since I was feeling fine by that time, I went to the front desk and asked how much longer I could expect to sit there.  The girl there said 3-4 hours because they were really backed up.  So I chose to leave and see my doctor.  I have felt fine ever since.

The next day my doctor called me and he wants me to get a test at the hospital in center city.  He said they couldn't have helped me at the ER because they don't have the equipment there.  So now I am waiting to hear from him.

Thursday I had an appointment with my primary doctor.  I was told it was at 10:45 but it was really 10:30 so I was 15 minutes late and couldn't see her.  Ugh!!  I now have an appointment for the 25th.  The good thing, though, was that I was able to sign up for the Covid vaccine.  I get the first shot on Tuesday.  At least I HOPE it's Tuesday.

On Friday Donna and I went to Shoprite.  We each got coupons in the mail that gives us $5 off of our order each week for four weeks.  It also gives us special deals each week.  This week was a pound of butter for 99 cents.  So we made plans to go this coming Friday also.

The last two days have been a little calmer, though very cold.  It seems hard to believe that later next week it will be in the 60s.  I can't wait to get outside each day and start to get the yard cleaned up.

I need to get the house cleaned up too.  But it seems that the more I work on that, the worse the house looks.  I know it has to look worse before it looks better but really.

So here are the calendar pages for this month.  I can't find one of my calendars so when I do, I will post that page.

The Breathtaking Views calendar is showing the beautiful tulips at Garvan Woodland Gardens in Hot Springs, Arkansas.  I love tulips. 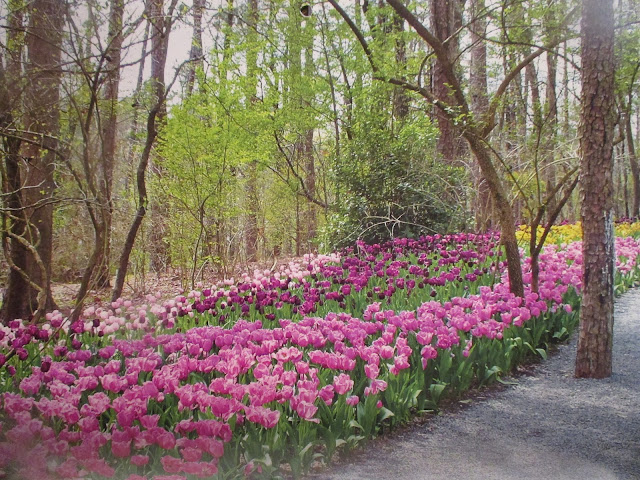 The flower of the month is daffodils.  Those are Joe's favorite springtime flower. 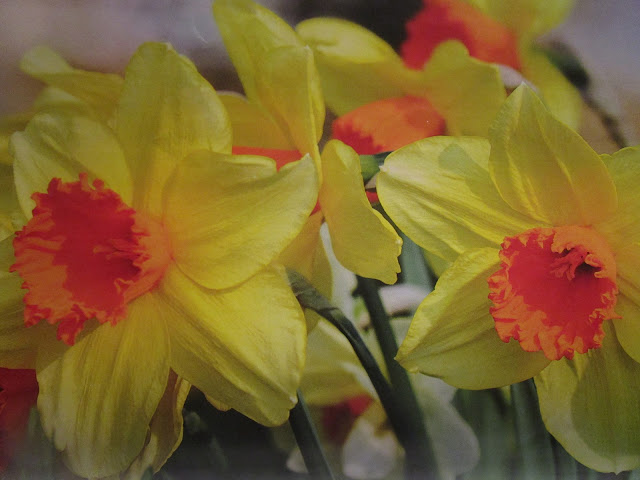 And the cute little Moorehead Kids are flying kites.  The caption says "Like a kite, let your dreams soar." 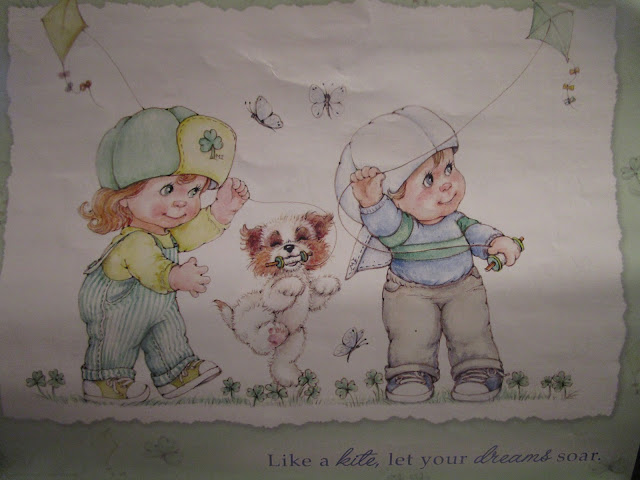 I know the Nature's Wonder calendar is around here someplace, I just don't remember what I did with it when I was cleaning up.  It's tough getting old.

I'm going to end now and get myself ready for church tomorrow.  I think this coming week will be a little calmer than the last week was.  At least I hope so.  I want to post at least several times this week.

Have a good weekend.  See you soon. 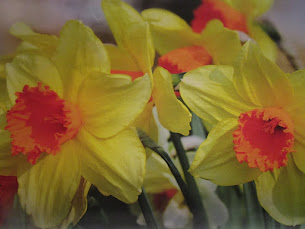 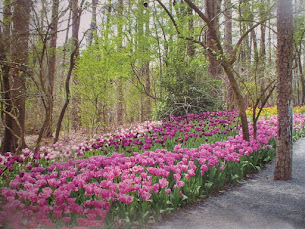