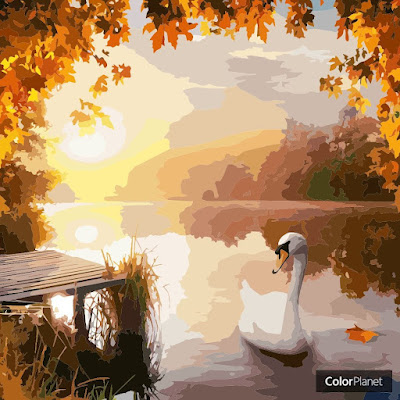 Hello, friends!  I hope you had a great Sunday.  Our pastor was away today so Joe filled in for him at Bible Study time this morning.  There were only a few of us there, but we had a great study.  We are studying the book of Acts and Joe gave us maps of Paul's four missionary journeys which helped a lot in showing us where he was and how he traveled from one place to another.

For our morning worship service, we had a guest speaker, Dr. Allen.  He was so good and a lot of what he said I am going to keep with me.  He spoke on "Remember Lot's wife."  I record the messages each week and as soon as I put it up online, I will give you a link to it.  It's about 35 minutes long and well worth listening to.  I hope to have it up this week.

After church a group of us (including the speaker and his wife went to lunch at The Country Club (Dr. Allen's favorite place in Philly to eat).  We had such a good time talking with each other.  I haven't seen his wife, Donna, in quite a while.  We are great friends and so we sat next to each other and caught up.  I had a huge burger that was so good.  Joe had whitefish, Carole cinnamon raisin French toast (I have to try that next time, it looked good!), Dr. Allen spare ribs and Donna flounder.  There is certainly a lot to choose from.

And then when we got home, I took a nap for several hours.  I didn't think I was tired, but I guess I needed it!

Today's lesson is about Seven People Chosen to Serve.

The church continued to grow quickly in Jerusalem.  They took care of each other by sharing all that they had.  But some of the Greek speaking people felt that their widows were not treated fairly.  They didn't receive the same amount of food as the Hebrew speakers.

The apostles knew this was wrong.  They wanted to do something.  But they knew that they shouldn't stop teaching and praying to hand out the food.  They called a meeting and told the people to choose seven godly men to run the food program.  The men were well respected, full of the spirit and wisdom.

The believers chose seven men.  The apostles prayed for them and laid their hands on them.  One of these men was Stephen (a man full of faith and the Holy Spirit).  Another was called Phillip.  The apostles were happy that God had provided the right men.

Everyone served in the ministry God gave them.  Some taught, some prayed, some gave, and others served.  God's message continued to spread.  The number of believers greatly increased.

Stephen did great signs and wonders, but the Sanhedrin hated him.  They arrested him and asked people to lie about Stephen so that he could be punished.  And as the Sanhedrin looked at Stephen, his face was like that of an angel.  Stephen began to preach to them.  He told them all about the Old Testament and Jesus.  But this made the religious leaders even more angry.

The Sanhedrin were so angry that they grabbed Stephen and dragged him outside to stone him.  But Stephen looked up and said, "I see the heavens opened and Jesus standing by the right hand of God."  A man named Saul watched the coats of those who murdered Stephen.  But Stephen prayed, "Lord, receive my spirit, and do not hold this sin against them."  And then he died.

From that day on, people began trying to hurt the church in Jerusalem.  Saul, who had watched the coats, went from house to house.  He dragged out men and women and put them in jail.  All the believers, except the apostles, went to different places in Judea and Samaria to be safe.  Everywhere they went, they told people the good news about Jesus.

Think about a gift you have given and one you have received.  If someone gives you a gift and sees that you love it and are using it, it makes them happy.  But how would you feel if you were given a gift that you could never use?  How do you think it would make the person that gave you the gift feel?

Stephen served people and preached.  Some people listened to him and accepted the good news about Jesus.  But others wanted him to stop.

Stephen chose to testify about Jesus to the Sanhedrin even though they did not like it.  Even if others are angry at us for talking about Jesus, we should do it anyway.  It might not always be easy, but God will give us strength.

The Sanhedrin killed Stephen.  Yet as he was dying Stephen prayed and asked God to not hold his death against them.  Could I do this?  I'm not sure.  Jesus commands us to forgive others as we have been forgiven.  If Jesus forgave us of our sins, we must forgive others.  (So hard to do sometimes.)  We should follow Stephen's example by sharing Jesus and forgiving others.

Notice who was in the crowd.  Saul was watching the coats of the people who stoned Stephen.  Saul later became the Apostle Paul who wrote much of the New Testament.  Saul witnesses Stephen's forgiveness and trust in God at a time of suffering.  Even when things are difficult, we can be a witness to others.

That's the lesson for this week.  I know it was kind of long, but I hope you were able to get something out of it.  I know I did.

See you later this week.