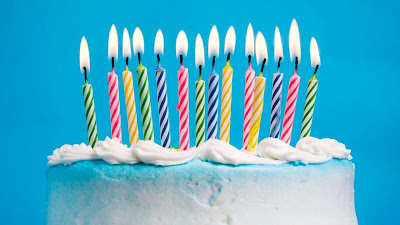 Hello, friends!  Hope all is well with you.  Yesterday was Joe's birthday.  He keeps going around saying he is an old man.  I take offense to that since I am older than he is.  Old man indeed!  I'm the one who is old.  And I proved it by starting the day going to see my cardiologist.

I've been having bad palpitations for a couple of weeks and even ended up in the Emergency Room so I needed to get checked out.  Although everything looked good, I was given a heart monitor to wear for two weeks.  Two weeks!  Well, he said as long as I can stand it, but try for the entire time.  Hopefully it will show something that he can treat.  If not, the tests go on and I don't want any of what comes next.

That was not a nice way to start the day (although I love my doctor) so the rest of the day had to be better.  And it was.

I came home and promptly fell asleep.  I wanted to be baking, but I was so tired.  (I seem to be tired all the time these days.)  When I woke up, I just had time to get ready to go out.  We went to Cracker Barrel with our friend, Carole, for an early dinner. 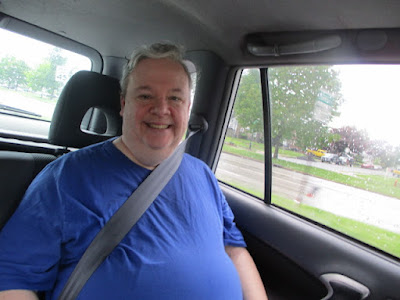 Although we left at 2:30 p.m. there was a lot of traffic and it took us about an hour to get there.  It was pretty empty and we got seated right away. 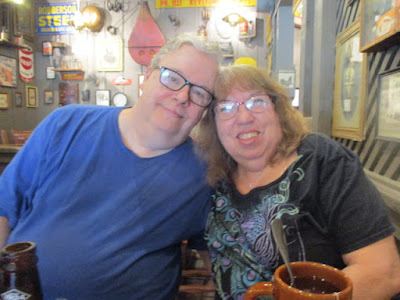 Our waiter, Troy, was so good and attentive.  Carole and I both got the Friday Fish special.  There were four nice pieces of battered cod.  I got mashed potatoes and broccoli.  Carole got a baked sweet potato and fried apples. 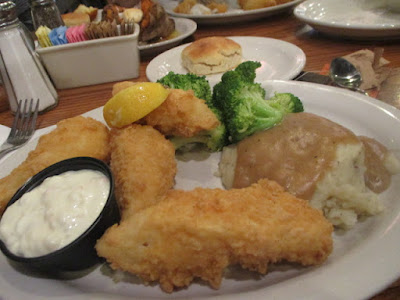 Joe got chicken fried steak, fried okra, mashed potatoes and green beans.  He also got a root beer which he said was great.  We rarely get root beer in this house.  In fact, not much soda at all. 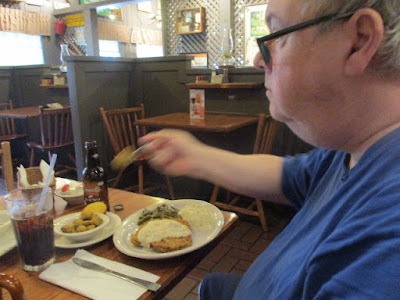 Joe had gotten two gift cards for his birthday, so he looked around the store but didn't see anything he was interested in.  Maybe next time.

There was a lot of traffic coming home too.  It took an hour and a half to get here.  I was still hoping to get the cake baked, but I had only an hour before we had to leave for Bible Study.  I tried.  I really did my best.  I even made it into cupcakes to make it bake faster.  But there just wasn't enough time.  So after we picked up our friend, Donna, we stopped at Shoprite and Joe ran in and bought a wonderful apple cake.  It was so delicious and everyone loved it.  I told them I would bring the cupcakes to church on Sunday for our coffee time so they won't be wasted.  Joe did eat one tonight and said it was wonderful.  I tasted one too and they did turn out good.

So another year has passed.  Time just seems to fly by.  Hope you all had as good a day as we did.