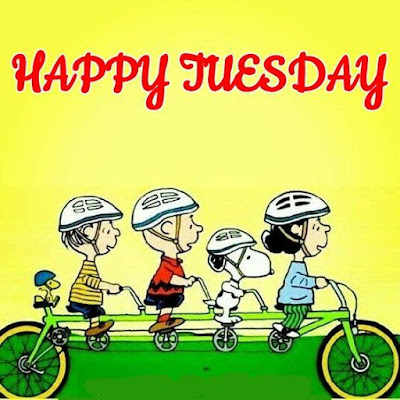 Hello, friends!  Happy Tuesday to you.  How is everything going?  It has been very hot here.  Up around 97*F (36*C) although it felt more like 102*F (39*C).  High humidity too so it was very uncomfortable this weekend.

In spite of that Joe and I headed to his nephew's house after church to attend a party for his great-nephew who had just graduated from high school.  I was reluctant to go because I don't feel all that well.  And most of the time I just sat in one chair.  But I ended up having a really nice time.  There were some new people who had married into the family that I got to meet and some of Joe's nephews and nieces that I hadn't seen in a long time that I had a chance to talk to.  Unfortunately, his sister had to work.  It would have been nice if she had been able to show up.

The food was catered, and it was so good!  They had trays of chips with pico de gallo and guacamole.  There was another tray with different kinds of crackers and melba toast.  Next to that was a tray with about six different kinds of cheese and some pepperoni and sausages along with a pile of strawberries.  And every kind of soda and beer you could want.  I took a water, some chips and pico and some crackers and lunchmeat.  I shouldn't have eaten so much because when they put out the main courses I was already half full.

The dining room table was full of hoagies, meatballs, rolls, and lemon chicken.  Also a platter of melons cut into cubes.  Joe had a hoagie and I took the chicken, watermelon, cantaloupe and honeydew.  I also took some strawberries which were so sweet and beautiful.

One of the people I met was Joe's nephew's new wife.  They have the cutest little baby girl named Julie.  She was a doll and so good.  She smiled through the entire day and never cried once.

I didn't take any pictures because sometimes you just have to enjoy life and not worry about documenting it.

The teens that were there changed their clothes and went out to the pool to swim.  Oh to be young (and thin) again.  You could hear them talking, laughing and splashing around.  I know they were having a ball.

We were about to leave when they cut the cake.  I really wanted to try it because it was from a bakery that a friend of mine swears by.  Well, she was right.  I have never tasted a cake like that before.  It was so good.  And I can't even describe it to you.  It wasn't too sweet, but not dry either.  It had a flavor I have never tasted before.  If it wasn't so far away in New Jersey, I would be buying all my cakes from them.

The GPS took me home a way that I was sure was wrong.  But it ended up being so quick and easy.

So how was your weekend?  I hope you didn't have such high heat where you are.

I am teaching this morning, so I need to get off of here and get going.  I think we can finish up the book of Hebrews today.  I will be back soon.